Many people reading this post will have  already heard something about the Wayne Apartments, Belltown’s funky but beloved 3-gabled building that houses Neon Boots, Lava Lounge and Rocco’s Pizza and that is next-door to Shorty’s.

But what is up with the Wayne? Is it going to be torn down? Didn’t we already go through this?

But we’ve been working hard trying to get some answers.  So — in an attempt to sort things out for our fellow Belltowners, below is our best attempt at answering expected questions!  Please let us know on our Facebook page if you have any other questions or comments!!

What are the Wayne Apartments? 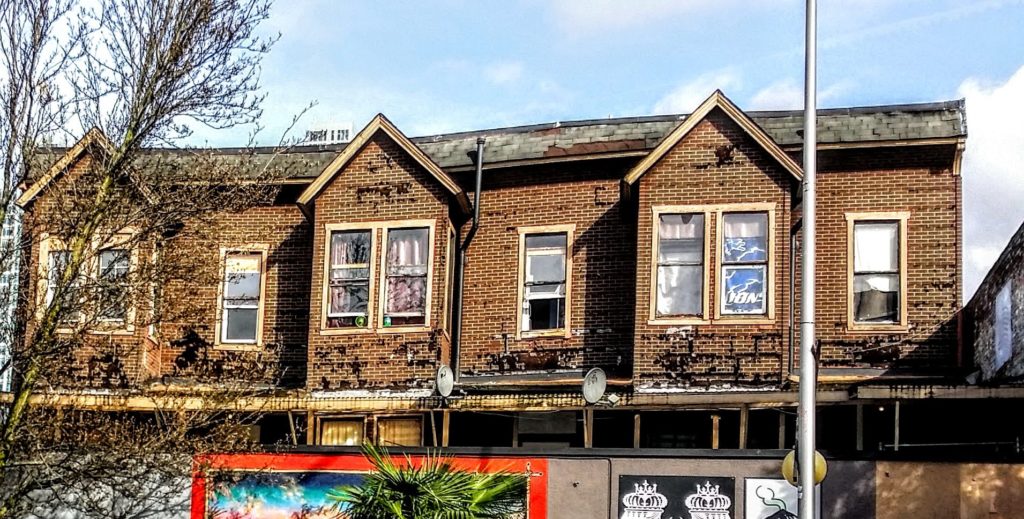 Constructed sometime between 1889 and 1891, Belltown’s Wayne Apartments building is one of City’s oldest buildings.  It is currently very run-down, but nevertheless provides amazingly affordable housing (albeit due to its horrible conditions that likely violate Seattle Landlord-Tenant Laws.)

The Wayne has become a significant component of the Belltown neighborhood because of its striking visual presence and its critical role as the KEYSTONE building within the Heart of Belltown.  With the thriving local venues of the Lava, Rocco’s and Neon Boots downstairs,

the Wayne is the nucleus 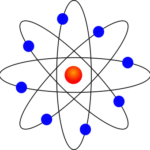 of a significant district that is

CENTRAL TO THE HEART AND SOUL OF THE BELLTOWN COMMUNITY

The Wayne gained notoriety and another place in Belltown history when in the fall of 2015, the community became aware that the building was planned to be demolished, along with adjacent buildings up to Tula’s.

The owner just needed to past through Landmarks review, where they said the building’s condition was too poor to qualify for landmark status.

However — with the support of more than 100 Belltowner’s the Board decided that the Wayne DID meet Landmark standards in a historic vote (see article here).

After the vote, Belltown had great collective celebration, and many thought the story ended there.

So then isn’t the Building Already Protected?

Yes and no.  The building is a designated Landmark and the owners cannot do anything major to it without approval from the Landmarks Board.

However, the law provides the owner with an escape hatch. Specifically, per the City’s Landmark Preservation Ordinance:

The City makes this determination through a review of several factors described in the Landmarks Code at 25.12.590

So What’s Going on Now?

Over the past two years, the City has been working with the landowners, who has claimed since 2016 that it can find “no reasonable economic use” of the building.  This is based on their finding that the costs it would take to rehabilitate the building would be more than the revenue it could generate after the rehabilitation.

And on January 9th, the City’s Historic Preservation Officer formally agreed by issuing  a two-page memo to the Landmarks Preservation board finding that “it was unlikely a reasonable rate of return could be achieved” under any rehabilitation scenario, and — therefore, as required by law, she recommended that “no controls be imposed on the Wayne Apartments.”

The City’s Historic Preservation Officer has signed a “Controls and Incentives Agreement” with the owners   — Rain City Properties — that will remove all protections on the building, clearing the way for a developer to propose a nine-story apartment building on the site.

The Landmarks Board is set to vote on the agreement at a public meeting to be held Wednesday, January 17, 2018.  According to the City, the Board may take one of two possible actions at the meeting:

What are Friends of Historic Belltown Doing? 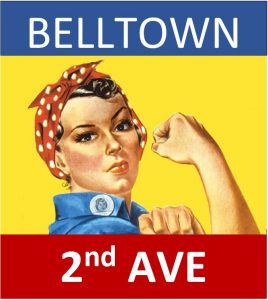 Our priority now is to determine if the Historic Preservation Officer’s recommendations are supported by applicable law and substantial evidence in the record. While we have only had a few days to review the record, it is clear to us that the information provided DOES NOT PASS THE TRANSPARENCY TEST that we feel it needs to.  We received the two-page recommendation letter, a two page “proforma” with no explaining text, and a pile of documents provided by the owners back in 2016.

So for starters, we have REQUESTED A SIX-WEEK EXTENSION  to allow adequate time for public review of and comment on the record and associated recommendation to allow the building to be torn down.

If given the time, we will work  with our establish partners, including Historic Seattle, to identify options that we believe would allow the owners to receive their required “reasonable return” without the unreasonable loss of one of Belltown’s most important blocks in terms of community identity, community and sense of place.

If not given the time, we will have to decide if we wish to challenge the Agreement with the City Hearing Examiner. To win a challenge, we would have to show that City was “clearly erroneous”  in determining that it could not protect the building under the Landmarks Preservation ordinance.

What Should the Belltown Faithful Do???

This is a difficult question, because what we need now are good lawyers, rather than crowds of angry Belltowners.  BUT WE WILL NEED COMMUNITY SUPPORT. We just don’t know how to best channel and focus all of that wonderful Belltown energy and love that we are trying to protect and enhance.  So PLEASE STAY TUNED! And you will hear the CALL TO ACTION.

For now, you can email the City Preservation Officer, Sarah Sodt, and let her know that you WANT MORE TIME TO ALLOW THE COMMUNITY TO CONDUCT AN INDEPENDENT REVIEW OF THE RECORD AND THE CITY’S FINDINGS regarding the “reasonable return” calculations.

If you do email Sarah, PLEASE BE POLITE AND COURTEOUS. She is a very nice person and has been very helpful to Friends of Historic Belltown over the past two years. Being angry won’t help.  But ASKING FOR AN EXTENSION will help!!!

Dear Ms. Sodt.  Please provide an extension to the public meeting for the Wayne Apartments Controls and Incentives Agreement to allow local businesses, community groups, residents, and the general public time to review, understand and make informed comments regarding the agreement.

What Happens if we lose protections on the Wayne? 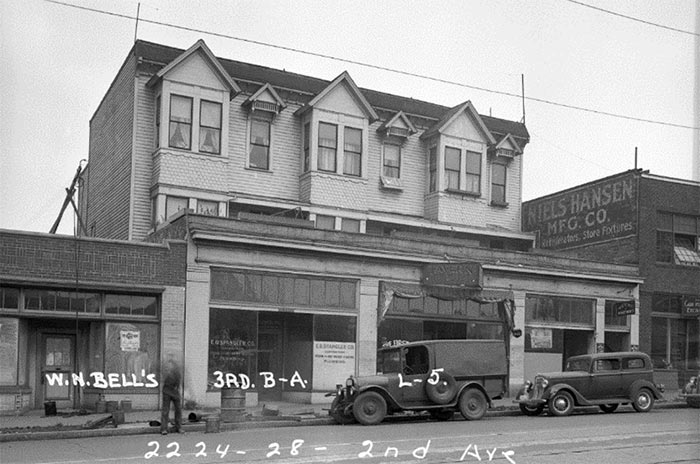 If the City approval to remove all protections stands, then we are still not done.  Friends of Historic Belltown, together with other neighborhood groups including Project Bellown, are working to establish a  BELLTOWN ARTS AND CULTURE DISTRICT centered on the block that the Wayne now stands. It is our hope that the City of Seattle — in collaboration with landowners, local businesses, and the entire Belltown community — will work together to create a proactive, comprehensive plan for the Belltown ARTS AND CULTURE DISTRICT.

So we know that’s a lot to take in! But please let us know on our FaceBook Page  if you have any questions!