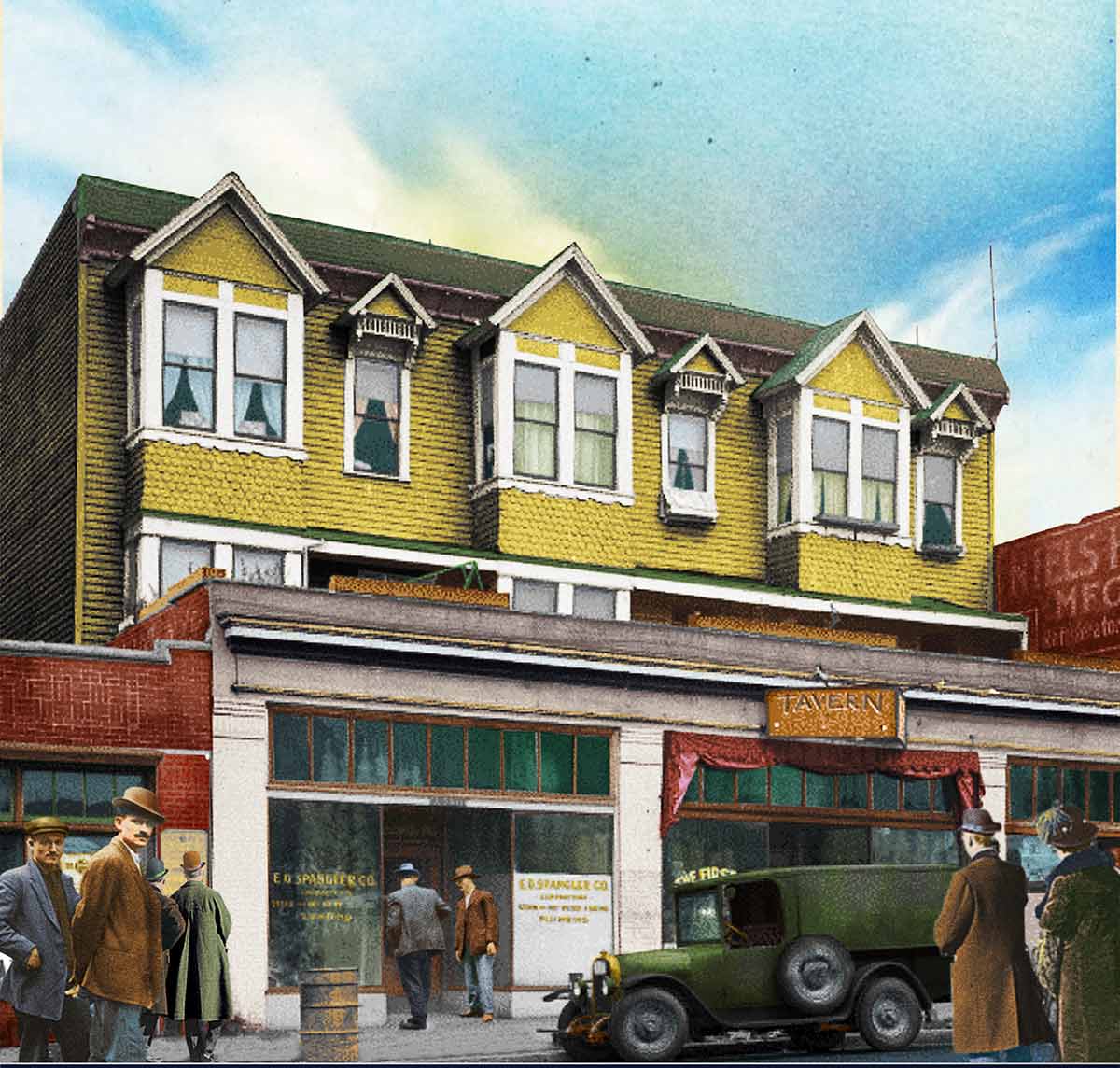 The Wayne Apartments (at 2224 2nd Avenue) is a 125 year old rowhouse structure that survived the Denny Regrade, an immense engineering project in the early 20th century that reshaped the city of Seattle, literally and figuratively.

Currently, a potential sale of the Wayne to developers is in negotiation, to be sold as a parcel with its neighboring buildings. Should the deal go through, all these buildings will be demolished, wiping out a block of small businesses that are the soul of the neighborhood. However, if the Wayne is granted landmark status by the city, it be a massive step in blocking the deal, and starting an important dialogue with the city about the importance of preserving our unique cultural cornerstones!

While increased density in our growing city is necessary, the buildings in question house several thriving nightlife institutions that offer a safe gathering space to artists, musicians, a variety of unique subcultures, and working class folks that keep our city interesting and inclusive.

Supporters of preserving the vibrant culture of Belltown are proud of our eclectic community, and are preparing to represent our neighborhood on October 7th, before the Landmark Preservation Board. Please join us at City Hall to demonstrate your support of protecting the Wayne Apartments and its neighboring building, every person in the room counts!

Please send comments to sarah.sodt@seattle.gov and melinda.bloom@seattle.gov. The time is now to stand up and fight the relentless and increasingly bland relandscaping of our Belltown!